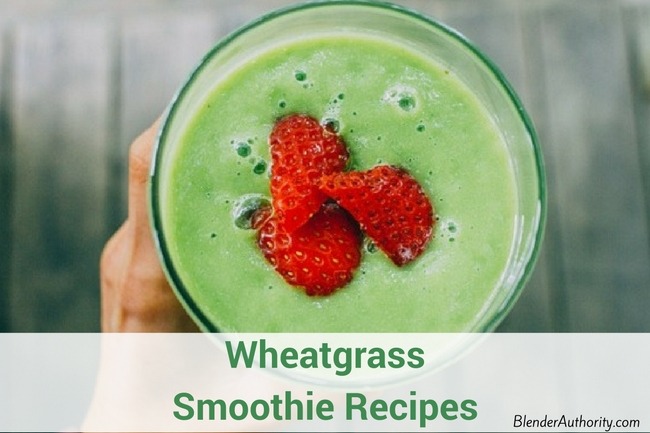 When you traditionally think of a healthy green smoothie, what sort of ingredients first come to mind? For most people, they tend to think of things like kale, spinach, kiwi, or maybe even avocados.

In other words, they just simply think of everyday fruits and vegetables that undeniably make for great smoothies. One natural super-ingredient that is somewhat uncommon and generally overlooked is wheatgrass.

Some people may scoff at the idea of adding something like wheatgrass into a smoothie, thanks to the fact it looks like you are placing fresh lawn trimmings in a blender. LOL !

While not common, wheatgrass should be a part of everyone’s diet as it is absolutely loaded with health benefits. We prefer using it in a smoothie rather than drinking it raw because a smoothie can easily hide the distinct wheatgrass taste. 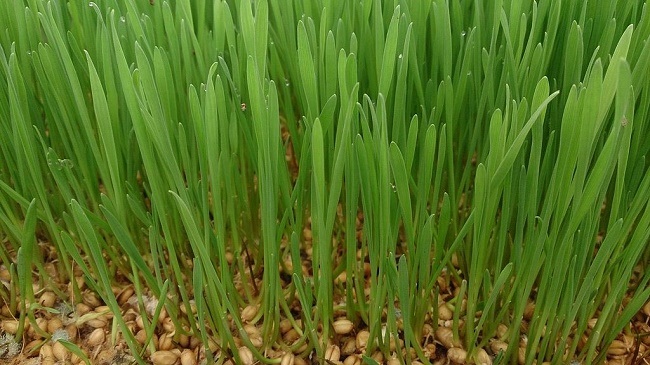 Wheatgrass is grown from wheat seeds produced by the plant species Triticum aestivum. It grows in temperate climates throughout the United States and Europe. It can be cultivated both indoors and outdoors, leading many people to begin growing their own wheatgrass by placing the seeds in water; within a few days the seeds will sprout leaves.

Wheatgrass is loaded with chlorophyll, vitamins, minerals, enzymes, and amino acids. It contains vitamins A, B6, C, E, and K, along with calcium, selenium, potassium, magnesium, iron, zinc, and copper. (1)

Wheatgrass came to prominence in the United States back in the 1930s and 40s, when proponent Charles Schnabel claimed that fifteen pounds of wheatgrass was nutritionally equivalent to 350 pounds of regular garden vegetables. While the ratios may not be quite that unbalanced, he was not far off the mark when referring to the many health benefits of wheatgrass, as you can see from the list below.

Here is just a small sampling of the many great health benefits that can be gained from adding wheatgrass into your diet (2) (3):

How to Add Wheatgrass to Your Smoothies

The best way to gain the most benefit from adding wheatgrass into your smoothies is to ensure that you are using fresh-cut wheatgrass and then immediately juicing it. That is the exact reason why so many wheatgrass fans tend to grow it themselves. If that is not an option for you, you can simply buy fresh cut wheatgrass from the grocery store to take home and juice.

It is recommended to juice your wheatgrass before adding it into smoothies. Due to its grassy texture, you cannot blend it properly in a smoothie on its own, and in fact most normal centrifugal juicers will not quite get the job done either; instead you will typically need a juicer designed specifically for wheatgrass or a masticating juicer.

It is possible to extract wheatgrass juice with a blender, watch the video below to see how :

You can get wheatgrass in powder or tablet form. Either will work in smoothies but the powder is easier to blend especially for less-powerful blenders.

The typical dose of Wheatgrass is 1oz-20z of wheatgrass juice or 1 tbsp of powder per day.

These recipes are portioned for a personal blender so you can double the amounts for a full size blender if you want more than one serving. 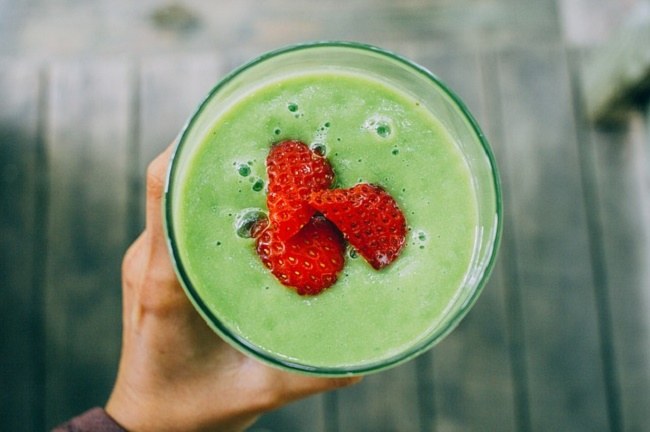 This is a great green smoothie recipe specifically aimed at helping your liver to cleanse your entire system. 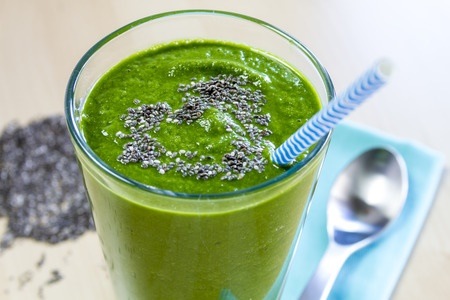 This wheatgrass smoothie is the perfect choice to help lower harmful inflammation in your body. Not only does it feature wheat grass which is a great anti-inflammatory agent, but it also includes green tea which is packed with antioxidants that also help to relieve inflammation. The ingredients are :

Wheatgrass really does have an amazing nutrition profile and is a great superfood to add to your smoothie ingredient list. Feel free to add wheatgrass to any smoothie recipe, but just know that it has a distinct taste so it is best to use it in smoothie recipes that are sweet to hide the flavor.

Please share and let us know in the comments below what your favorite wheatgrass smoothie recipe is !